This is the story of Hamish, the most famous Highland bull in the world and one of Scotland's greatest and hairiest icons. Author Angela Stewart Mair first met Hamish when she saved him from slaughter during the BSE crisis of 1996. From then on she continued to know him to his death in November 2014. This book recounts the extraordinary life of a true Scottish legend. 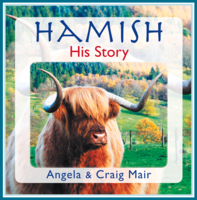